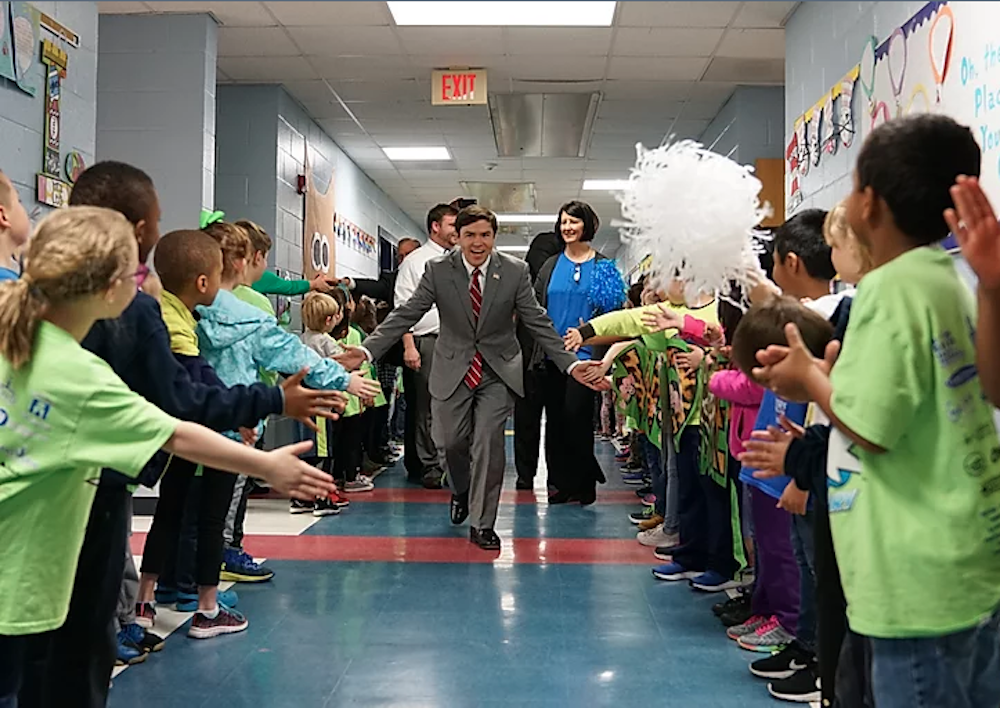 "Opposition to Common Core from educators and parents is what I hear about the most across our state,” Johnson said in a statement on the Public Schools of North Carolina website. “I strongly disagreed with the State Board of Education’s decision to keep Common Core in place in 2017.”

Johnson also posted a survey to his campaign website, asking residents, “Do you want us to eliminate Common Core and present new standards to the N.C. Board of Education for their approval?” The letter had the “Mark Johnson, N.C. Superintendent” logo. He also shared the link via his @VoteMarkJohnson twitter handle.

“I want to make sure our parents know that students will still be getting robust, rigorous lessons in our and founding principles,” Johnson said, stressing that the Department of Public Instruction will examine U.S. history mandates. The history move is in response to educators supporting financial literacy courses, that Johnson says "have led to concerns that this might be a backdoor effort to diminish the importance of American history classes in North Carolina schools.”

Johnson is also facing multiple ethics complaints, according to a Feb. 13 report in the News & Observer. The complaints allege that Johnson used his office to send 540,000 texts and 800,000 email messages to residents and educators about his opposition to Common Core and asked them to take the survey.

The publication writes that the messages were sent for the candidate's personal gain before the March 3 primary and coincide with early voting that is underway.

"This is another disingenuous attempt to discredit Superintendent Johnson’s efforts to listen to actual parents and teachers, instead of elitist insiders,” a Department of Public Instruction spokesman, Graham Wilson, told the News & Observer.

Want to get notified whenever we write about State of North Carolina ?

Sign-up Next time we write about State of North Carolina, we'll email you a link to the story. You may edit your settings or unsubscribe at any time.